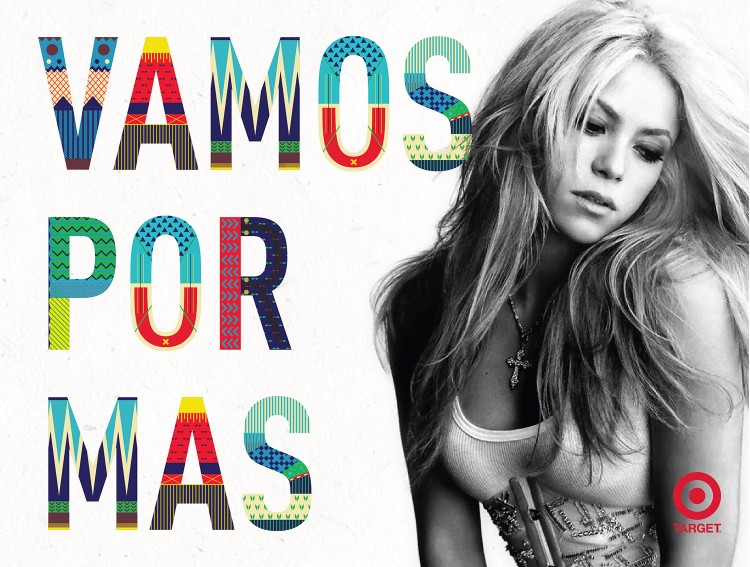 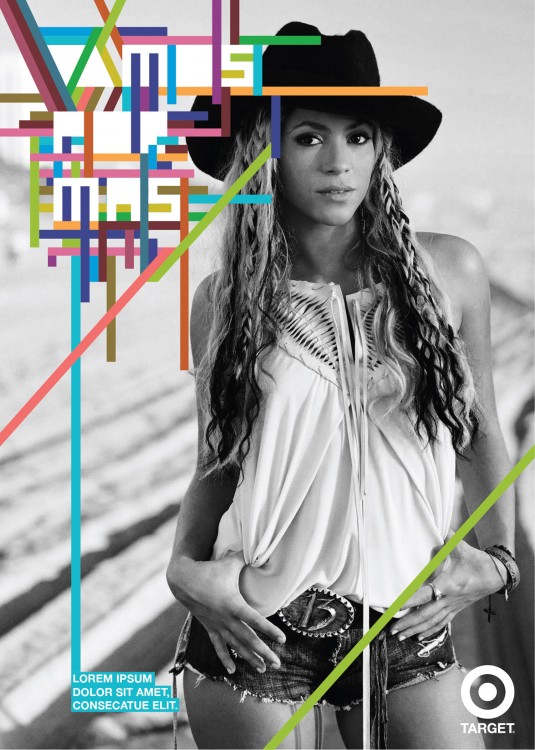 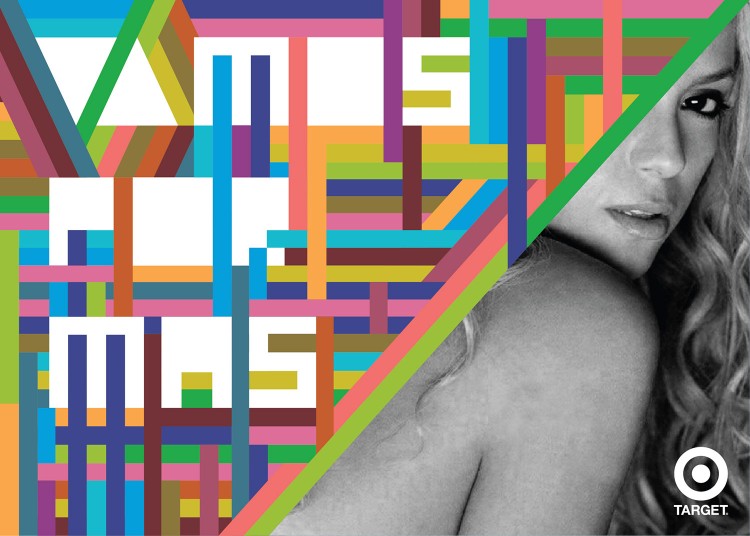 When I was in Argentina I worked on some different projects of Furia. One of them was a campaign for Target. Target is one of the biggest shopping mall of U.S. They want to launch a special week for South American people who are living in U.S. For this special week they want to use known celebrities who are from South American countries. So I worked on this campaign. Client was already bored of their usual way of communicate. They were using white and red at all times. For this special event they wanted to go with a different direction. They were looking for a more colorful world which represents Latin culture. We made a search for latin culture and the traditional patterns were all quite colorful. Then I searched for latin american hard craft visuals and transformed it to the poster you see. I designed the typography just like the latin hard crafts. You can see the reference picture below.

For this job Target got an agreement with Shakira to be the face of the campaign since she is also a latino celebrity living in U.S.